Trust Global Radio has some amazing presenters with the talent to inspire, entertain and educate our listeners. They will pour some of the greatest sounds and tunes into your ears.  Feel the music and the atmosphere as these great Jedi’s of the music  world spin there magic.
Bobby Martin

Senior presenter and host of the week day
Breakfast Show
Monday to Friday
8am - 11am UK time
email Bobby. 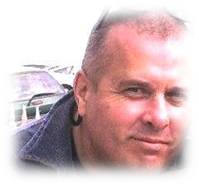 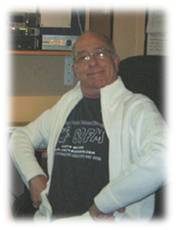 Bobby Martin's last years at school the music was dominated by the Beatles and the like so being in to music was just a natural occurrence.  It was such an exciting time for everybody - the swinging sixties changed the whole world.
On leaving school, he joined United Biscuits as a presenter on their inter factory radio, playing the new music.
He was then head hunted to be a presenter as a pirate on the North Sea.   Joined the BBC in 1967 as late night presenter and went on to form the team for the world famous Radio 1 Road Show.   1974 saw him as the senior presenter on Radio 6KY in Perth, Western Australia then to WX93 in Florida.
In 1984 he found myself and the family on the great island of Tenerife, one of the Canary Islands, forming radio stations and promoting new bands with the battle of the bands.  His mate Rick Wakeman from Yes,... helped a lot.
For the last ten years he's been founding and broadcasting on Trust Radio FM in the mainland of Spain. Working links back with the BBC television and radio reports such as the fires in Mojácar.
He now enjoy's bringing the breakfast show to all our ever increasing networks from the studio in Bulgaria. Just the best there is in music. 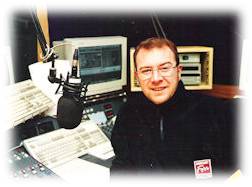 Nick Price grew up in
Brighton - Sussex
He's been a Radio Presenter for around 25 years in the UK working with the Capital Radio Group & GWR.
In his School Days he did all the usual exams. By that time he'd had enough of learning.

What's the worst job he ever had ?
Warm up for Keith Chegwin
(Who´s actually a really nice guy)
What's his favourite movie?
When Harry Met Sally (Keeps him in-touch with his feminine side).
On his nights off you'll mostly find him Chillin´out with a favourite film. (HOW SAD IS THAT !!!)
What was the first record he ever bought?
Wizzard – See My Baby Jive.
What would be his desert island disc ?
Ohh, Tough one. Would have to say,  Best of The Beatles.
Where is his favorite place in the world ?
Arizona and of course, Southern Spain.
One thing he is really passionate about - LIFE!!